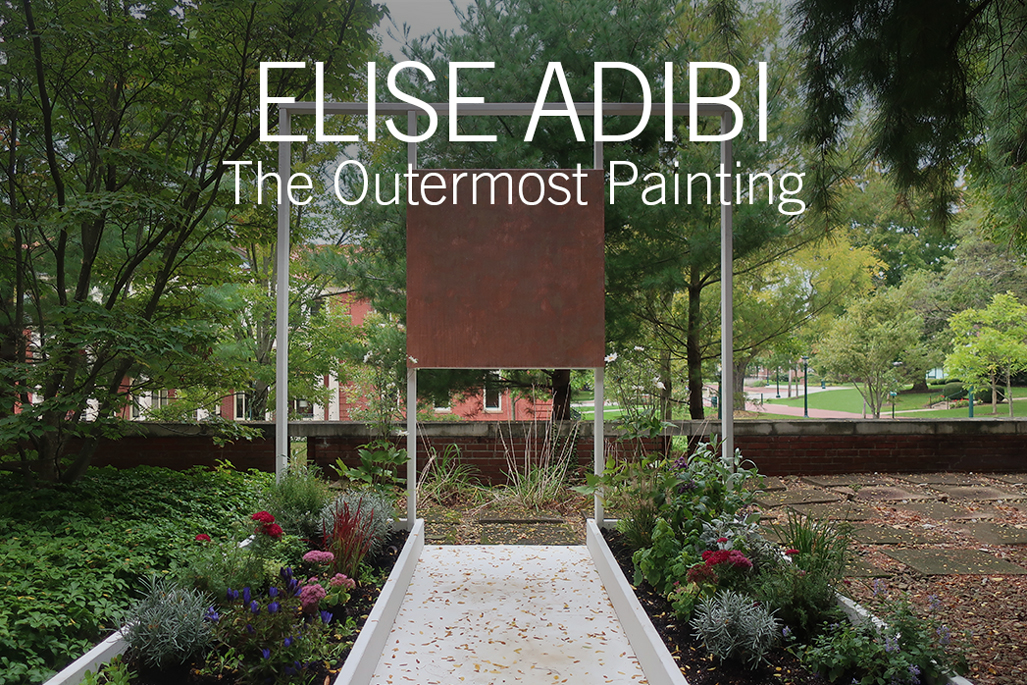 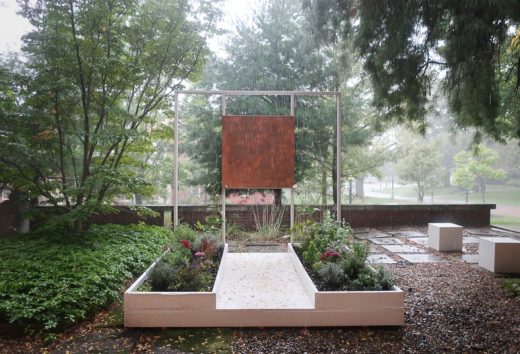 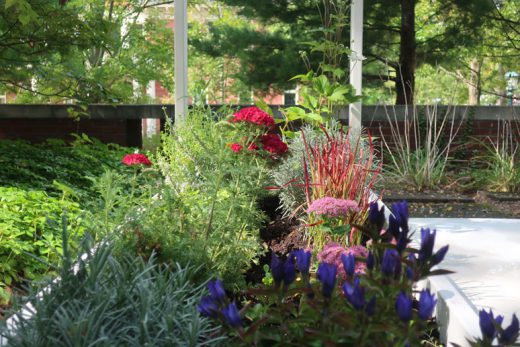 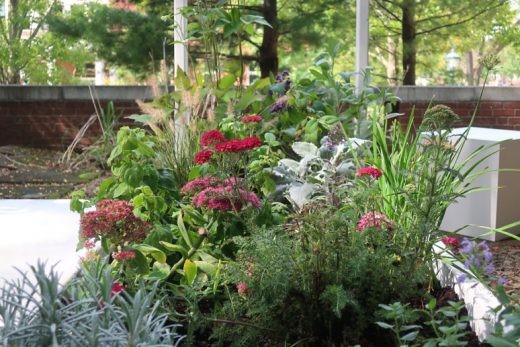 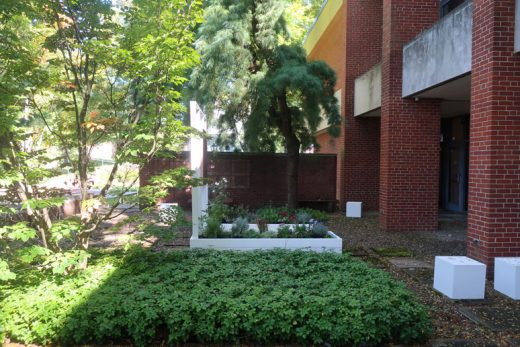 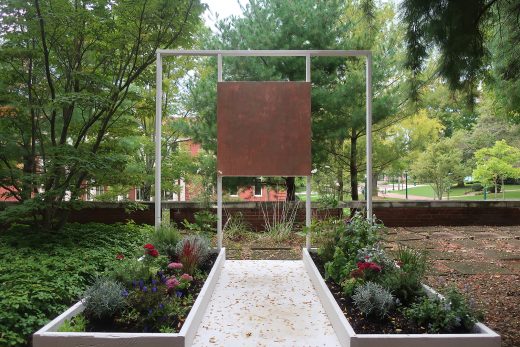 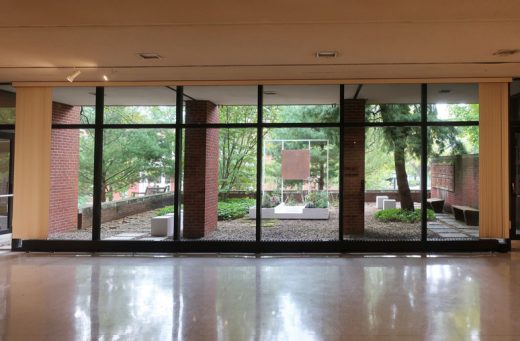 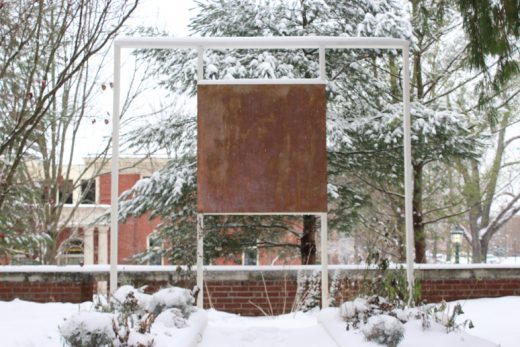 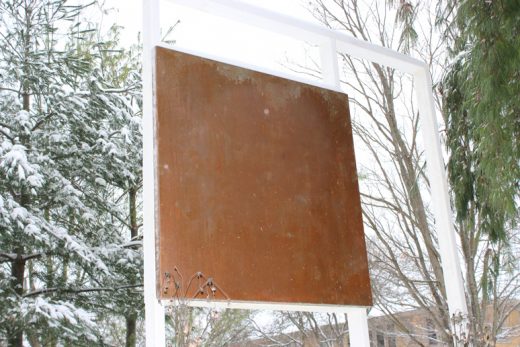 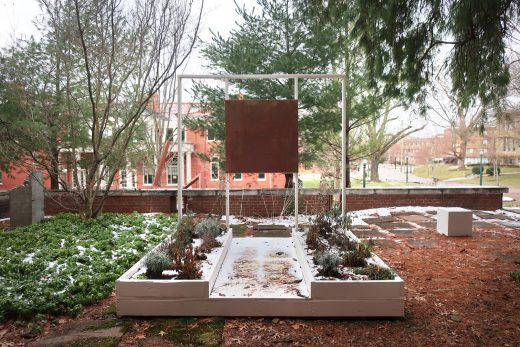 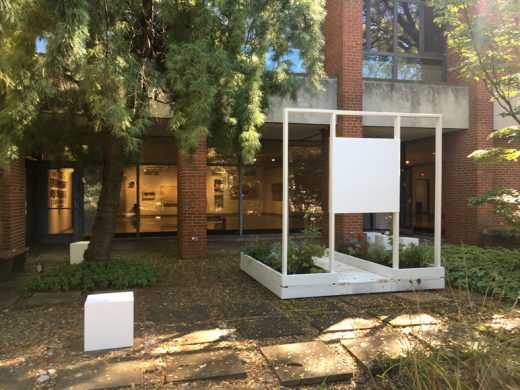 2019, The Outermost Painting: the presence of life sustains life, the Film, made in collaboration with Christina Winbigler and commissioned by Allegheny College

The Bowman, Penelec, Megahan Gallery at Allegheny College is pleased to present The Outermost Painting: the presence of life sustains life, a site-specific project by Elise Adibi on view in the outdoor sculpture garden through December 12, 2018. The title The Outermost Painting comes from the book The Outermost House, written by Henry Beston in 1928. The author spent a year living in a small cottage on the outer beach of Cape Cod, where he observed the passage of time marked by changing seasons. From the outermost reaches of Allegheny’s gallery, The Outermost Painting will experience fall turn to winter, responding to its surroundings in unpredictable ways. Beston’s year of sustained observation from a single vantage point heightened his awareness of environmental shifts wrought by seasonal rhythms. Likewise, from its stationary position in the garden, The Outermost Painting will index environmental changes from one season to the next, inviting viewers to consider how larger climate cycles impact their daily, lived realities.

The installation features a single copper painting mounted on a wooden pavilion alongside a lush and aromatic array of plants. Adibi used her urine to oxidize the copper ground, which she then covered with additional copper pigment to create a gestural, monochromatic surface. Once installed outdoors, the painting began to react to humidity and rain, manifesting traces of its oxidized substrate. As the exhibition unfolds, the painting will continue to reveal latent images buried beneath the surface, while weather catalyzes new and unforeseeable surface effects. Like a long-exposure photograph, The Outermost Painting will register an image of life in the garden over time.

The Outermost Painting opened alongside the Bowman, Penelec, and Megahan Gallery exhibition Elements, in which Adibi debuted four new large-format paintings made of plant-based essential oils and animal proteins. After marking the woven grid inherent to the canvas, the

artist layered the compositions to expand the grids into organic forms alternately reading as ocean waves and particle pathways. Unlike the self-referentiality of much modernist abstraction, Adibi’s grids gesture toward nature and the body through their material makeup. In the spirit of connecting with the surrounding environment, which includes the college community, Elements also features oxidation paintings created by Allegheny students and faculty. These works came out of interdisciplinary workshops, which sought to combine artistic and scientific perspectives to consider our rapidly changing relationship to the natural world, relationships that are increasingly fraught in the era of climate change.