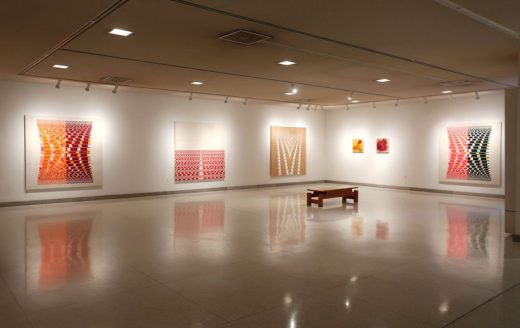 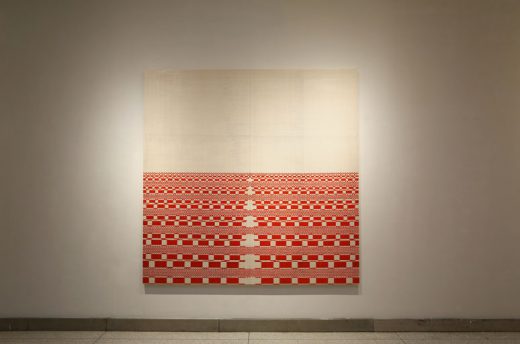 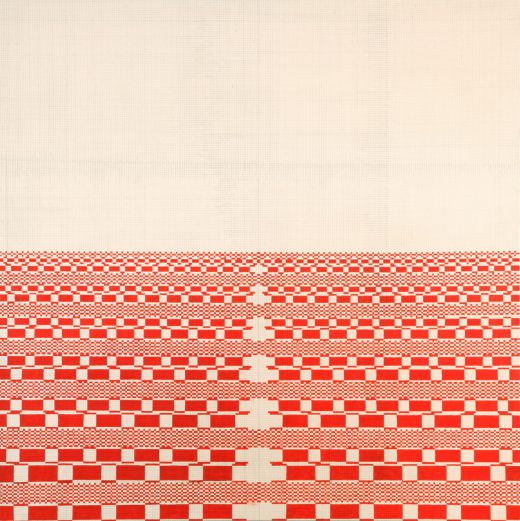 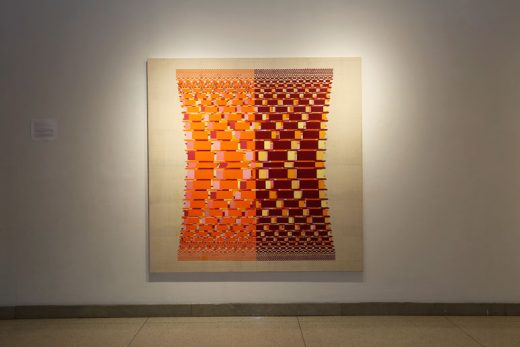 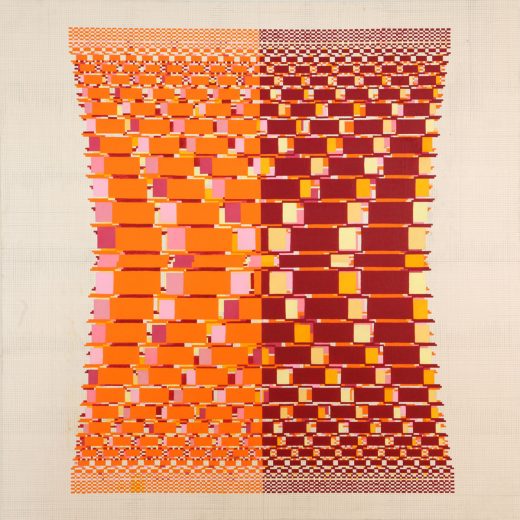 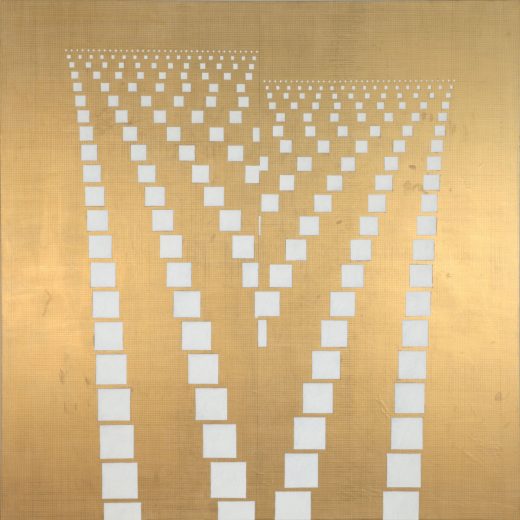 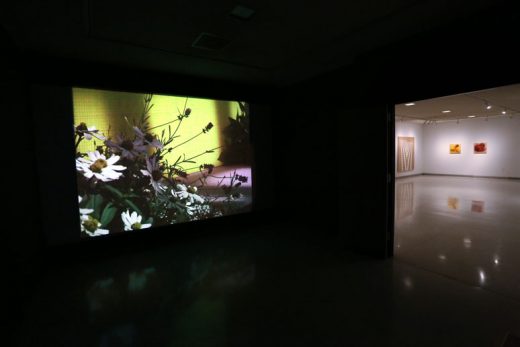 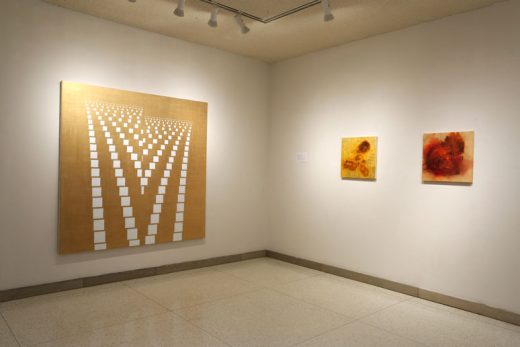 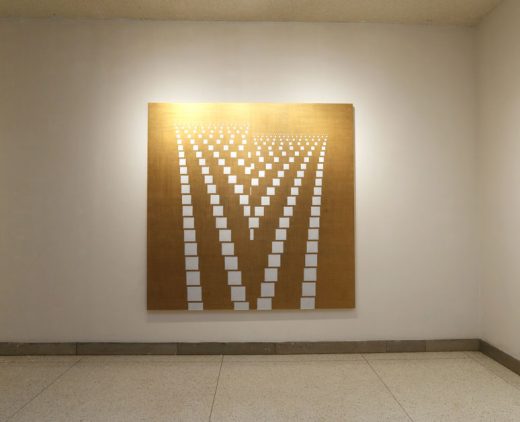 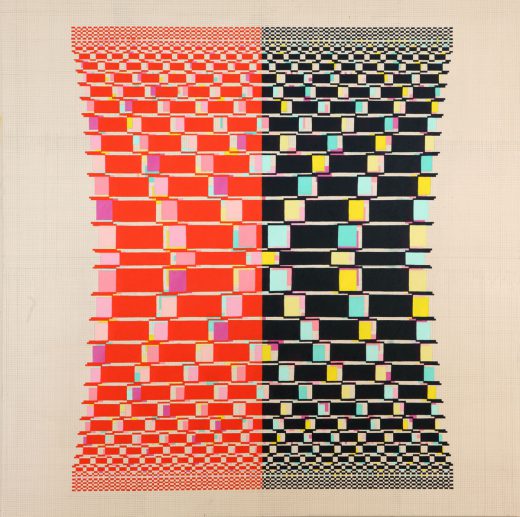 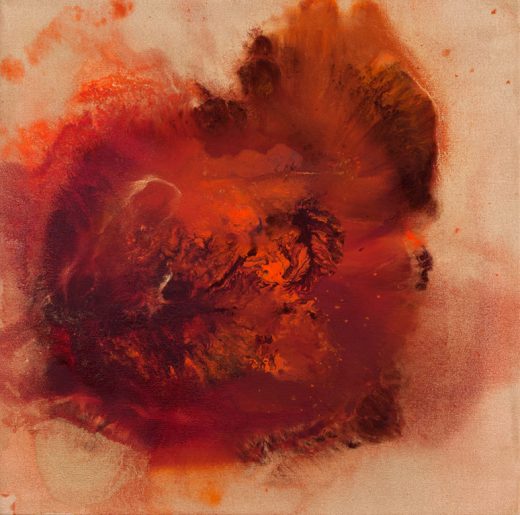 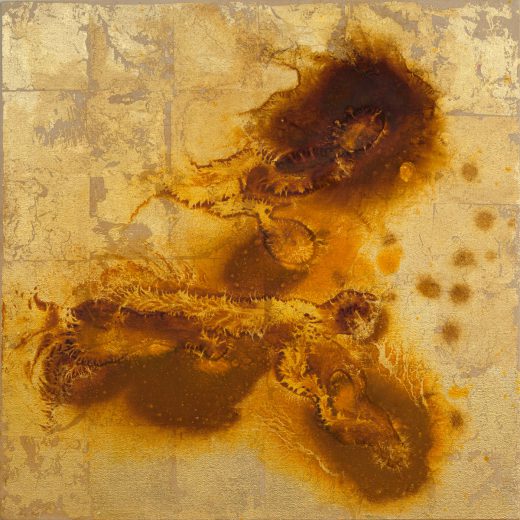 The Outermost Painting opened alongside the Bowman, Penelec, and Megahan Gallery exhibition Elements, in which Adibi debuted four new large-format paintings made of plant-based essential oils and animal proteins. After marking the woven grid inherent to the canvas, the artist layered the compositions to expand the grids into organic forms alternately reading as ocean waves and particle pathways. Unlike the self-referentiality of much modernist abstraction, Adibi’s grids gesture toward nature and the body through their material makeup. In the spirit of connecting with the surrounding environment, which includes the college community, Elements also features oxidation paintings created by Allegheny students and faculty. These works came out of interdisciplinary workshops, which sought to combine artistic and scientific perspectives to consider our rapidly changing relationship to the natural world, relationships that are increasingly fraught in the era of climate change.