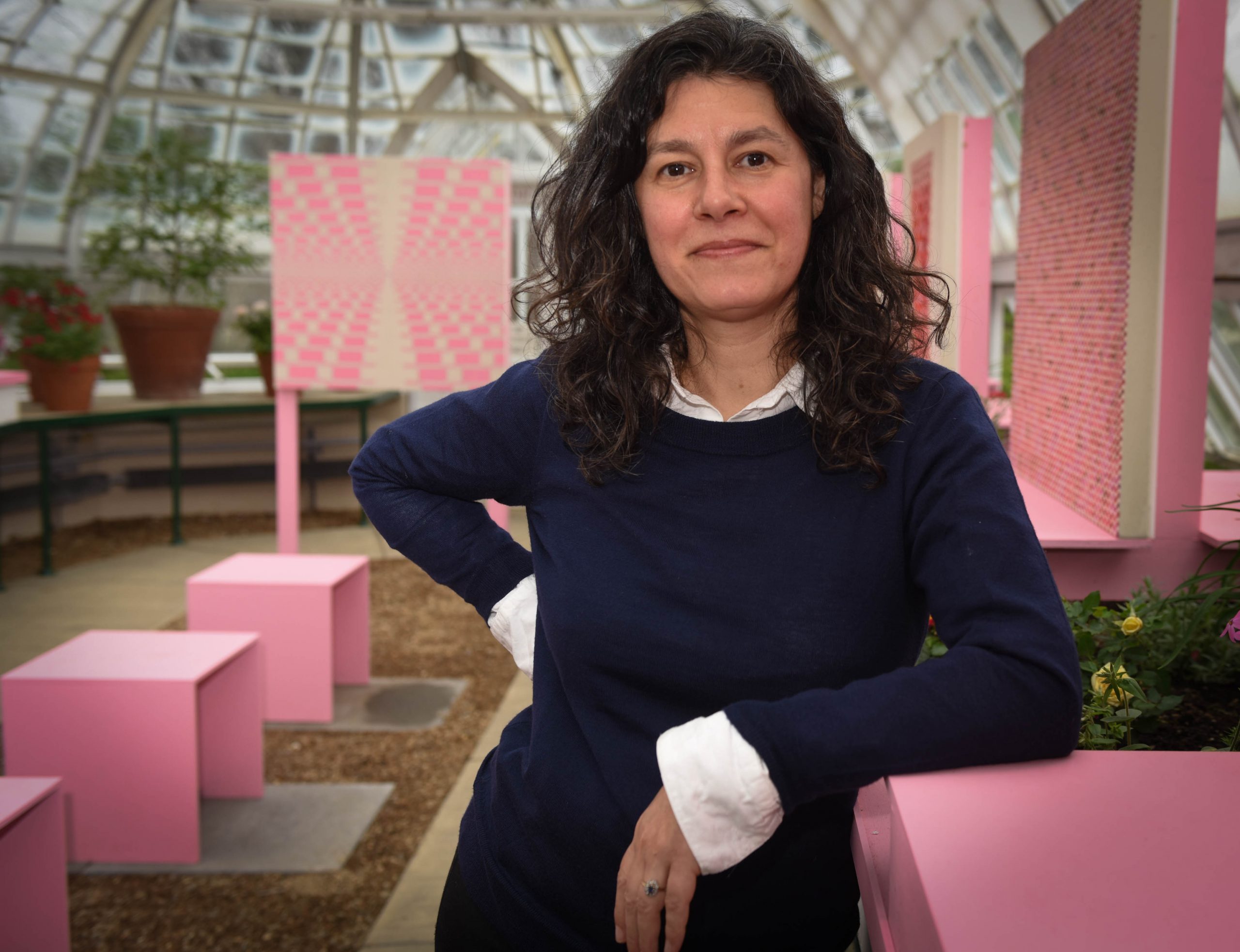 Elise Adibi’s solo exhibitions include Respiration Paintings at the Frick Pittsburgh (2017), Respiration Paintings at Full Haus in Los Angeles (2016), Substance at Louis B. James in New York (2014), Da Capo at Churner and Churner (2012) in New York and A Priori (2010) in Brooklyn. In 2018 she created an outdoor installation at Allegheny College called The Outermost Painting. She has participated in numerous group exhibitions, including shows at The Andy Warhol Museum and the Armory as well as curated the exhibition Gold in Braddock in Braddock PA (2010). She was a fellow at the Radcliffe Institute for Advanced Study at Harvard University (2013–14), where she presented a solo exhibition entitled Metabolic Paintings. She has also been a fellow at The Terra Foundation in Giverny France in 2007. Adibi’s work has been reviewed in Artforum, ArtPulse, The Pittsburgh Post Gazette, The Boston Globe and The Harvard Crimson among other publications. She earned an MFA from Columbia University (2007), and she holds a Master of Architecture from the University of Pennsylvania (1994) and a BA from Swarthmore College (1988). Adibi is currently based in Los Angeles, CA.